Retreading video games you started years ago, but never finished, brings forth a number of feelings. It’s like someone you met briefly but never really got to know better, or recalling memories that now seem vague and hazy with the passage of time. Since the pandemic has forced many of us to stay at home longer than we would have under normal circumstances, it has opened up opportunities to shift your attention on other activities that used to be deemed as “I’ll get to it eventually.” The much older video games in my backlog have been getting a lot more love and attention in recent months.

If you have been following my blog lately among the older games I’ve come back to, and finished, are Gone Home and The Witcher 2: Assassins of Kings. The lack of new games in my possession, with the exception of Tell Me Why and Animal Crossing: New Horizons, has made it easier for me to comb through what I already have and return to them after three or five years of letting them collect dust in a sizable stack of other games waiting to be played.

Going through the games I chose to pick up again over the past few months, there were two things that stood out in my mind:

Gone Home was easier to pick up again from a controls standpoint because it was largely a point and click type of game. The Witcher 2 took a bit more time to get a handle on the control scheme for the Xbox 360, but it wasn’t anything I couldn’t figure out quickly. Once you master Geralt’s combat and magic moves, the game becomes a cakewalk and maybe a bit repetitive with his hack and slash getting stale after several hours into it. 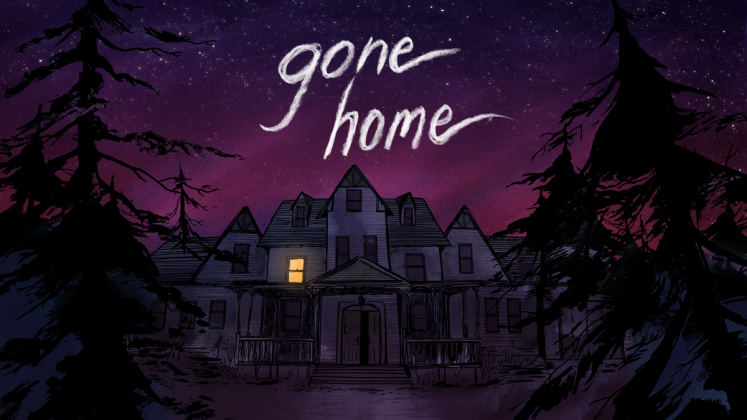 Despite spending a good amount of time away from the story of Gone Home, it was much fresher in my mind than The Witcher 2’s. It helped that Gone Home’s story took place over the period of one night whereas The Witcher 2’s plot was broken up over days or months and chapters. The last time I played The Witcher 2 I only finished the prologue of the game before it remained untouched. Did this hinder my enjoyment of The Witcher 2? Not exactly, but I will admit it would have been nicer if I remembered every detail of the story instead of where I was starting from to the end.

The biggest conundrum of going back to an older game you started, but stopped playing, is the sense of always being foggy on the parts of the story you already went through. Since finishing The Witcher 2 I decided to go back to Fire Emblem: Birthright on the Nintendo 3DS and Remember Me for the Xbox 360. Experiencing both of these games and now attempting to reach completion on both of them is a major challenge.

Picking up the controls again for Birthright wasn’t the hard part. If anything it was pure muscle memory and I was back to doing strategy battles in no time. The tricky part was figuring out who I had paired up with whom and which characters were fully leveled up. Fire Emblem games give the player the option to pair off certain characters who will then get married and have children, which will later allow those children to become fighters you can use in your unit. Other than not remembering which secondary characters I successfully paired off together, I also couldn’t quite remember the personalities and backstories of each one anymore.

Personally, I enjoy getting to know each new person who becomes a part of my team as I progress further into the game. To not be able to recall any of those small details because too much time had passed since I last played is disappointing. I know the solution would be to just start the video game from the beginning and then continue playing it consistently from then on, but there’s a part of me that stubbornly won’t allow myself to lose all the progress I have made so far.

The major issue I encountered with coming back to Remember Me, an earlier Dontnod Entertainment game before their now well-known Life is Strange series, was the controls. Those were not so simple to figure out again. Even though I was thankfully starting from the beginning of a chapter in the story, and not from halfway into one, the controls felt complicated to understand. The main character Nilin died several times and mostly from stupid and easily avoidable situations I couldn’t get my head around. With an infinite amount of patience, and Googling the controls for an Xbox controller, I finally was able to get comfortable with Nilin’s combat style. I even started enjoying it again and remembered why I initially couldn’t put the game down at the time. If I wasn’t able to get to a place where playing this video game wasn’t a long and frustrating experience, then most likely Remember Me would have remained incomplete and accumulating more dust. My memory on most of Nilin’s story so far wasn’t clear to me after five years of not playing the game, but I remembered some generalities to keep moving forward. That and Neo-Paris was a beautiful world to bask in.

Revisiting older video games you never finished is a strange but nostalgic experience. I say strange because as I continue to dutifully play through them, with the goal to clear them from my backlog, I always wonder why I never just finished it when I already started it then. But the nostalgia I feel comes from reminiscing on a year long gone, based on the save file date. It will always blow my mind when I return to a game and the save file shows it last saved on July 10, 2015. How crazy time can just go by in an instant! All the more reason to play these games whenever you can find some time and possibly stick with it until the end.

Have you ever come back to an old game you started playing way back when but never really finished? What were some challenges you faced? Did you continue from where you left off or did you decide to start the game completely over?

8 thoughts on “Dusting Off The Cobwebs: Revisiting And Playing Older Video Games”