Between news stories about the number of coronavirus cases rising or the deaths that have resulted from COVID-19, there have also been stories about the hottest item to own right now while you’re currently sheltering in place —Animal Crossing: New Horizons. The video game that has taken the world by storm, and was reported last week to have sold a whopping 13 million copies in 6 weeks, New Horizons is emerging as a welcome respite from our dark reality. 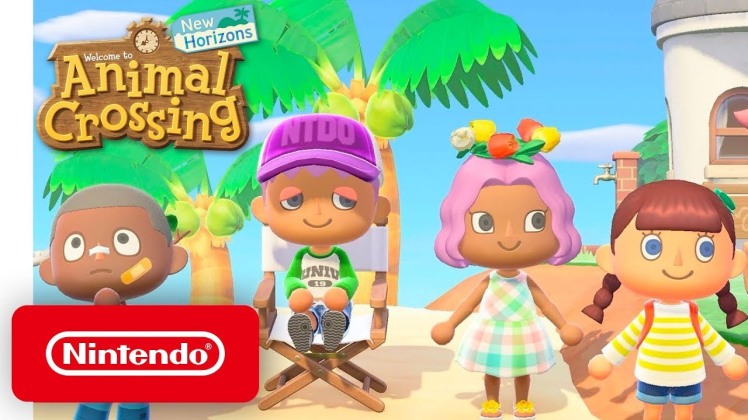 Those familiar with the Animal Crossing series will know it’s a game where you move into a neighborhood populated by walking and talking animals. New Horizons whisks players off to an uninhabited island paradise to build and mold however you like. Like other Animal Crossing games, you’ll be planting flowers, picking fruit off of trees, setting up your home away from home, or exchanging intel with other Animal Crossing players for the best turnip prices. But unlike New Leaf for the 3DS, New Horizons somehow seems bigger and better than the last installment in the series.

For one thing, the island setting gives you much wider ground to work with to truly make your seaside home different from your friends’. Before I even got the game I have seen plenty of pictures of other players’ islands looking simply spectacular. I was impressed by the creativity and dedication people had to let their imagination run wild. And I think that’s exactly what the developers of the game had in mind.

There’s a feature in the game that let’s players create and design their own clothes. If you’re not into the clothes Mabel is selling at the moment, then design your own style! I have a friend whose sister created a Hello Kitty shirt for her character in the game. The possibilities are endless and it enables people to really let their individuality shine through. New Horizons is definitely a game for creative types who enjoy making and customizing things in their video games.

Since I didn’t get the game on release day, and received it as a birthday present, I’m pretty much in the beginning stages of unlocking everything needed to allow my island to flourish and thrive. New Horizons makes you work harder to get better stores and better items rather than just hand everything over to you at the start of the game. It makes sense considering the goal of the game is to not only help Tom Nook with the settlement of the island but to also attract vendors and new island inhabitants to want to build a life on your island.

Planting flowers and keeping an eye on turnip prices may sound boring, but I really wouldn’t underestimate the addictive power this game has. I can’t begin to tell you how many times I thought I would only put in about 15 or 20 minutes of game time into New Horizons only to realize I’ve let an hour or two go by. It’s a fun distraction and not a bad substitute for a real island escape. At least until it’s safe to travel to Hawaii or the Bahamas again.

Are you playing Animal Crossing: New Horizons? What are you enjoying most about the game?