It’s a new year which means it’s a chance to get started on the things you have been meaning to do, but have been putting off. For a gamer it may mean finally playing some games that have been sitting on your shelf for a while. In an attempt to fit more gaming into my schedule, here’s a quick little update on what I have been playing during the holidays and into the start of 2020!

After finishing a second run of Far Cry 5 with my gaming buddy a few months ago, it was time to move onto the game’s sequel Far Cry: New Dawn. New Dawn takes place seventeen years after the events of Far Cry 5 with things still being as hostile and violent as ever in Hope County. The new big baddies running the region this time around are twin sisters Mickey and Lou, who are just as bad, if not worse, as Joseph Seed and his family from Far Cry 5.

My friend and I haven’t gotten too far in New Dawn, as co-op play has proven to be severely buggy and downright unplayable. There’s a persistent issue of getting knocked out of the game because of connection problems. However, both my friend and I know for a fact that our Internet connections are perfectly fine on our ends and there’s no reason why there should be a problem. With a little Googling, we did discover that it is indeed a bug that hasn’t been fixed since the release of the game.

After having experienced this issue every time we play New Dawn, it’s looking really unlikely we’ll want to continue with this game together. This isn’t particularly a problem with my friend since she completed the game on single-player. For someone like me who is only interested in playing this game when we’re doing co-op, New Dawn may get stuck on my shelf a little while longer. Unless I ever get the urge to play this game solo.

What I love about playing Ultimate is the freedom to pick up this game whenever the mood strikes. Since getting the game a while back, I have dutifully taken my time with unlocking all the fighters that come with the game by default. It has taken a lot of time to have all 70+ characters, but my patience paid off when I finally unlocked the last one during the New Year’s holiday. Who was the challenger that had the pleasure to be my last unlockable? Palutena.

I know there’s still plenty more to do in Ultimate, like the story mode the game has. But if all I have time for is unlocking all characters and playing a few rounds of battles against the CPU, I’m pretty content with what I’ve gotten out of this game already. 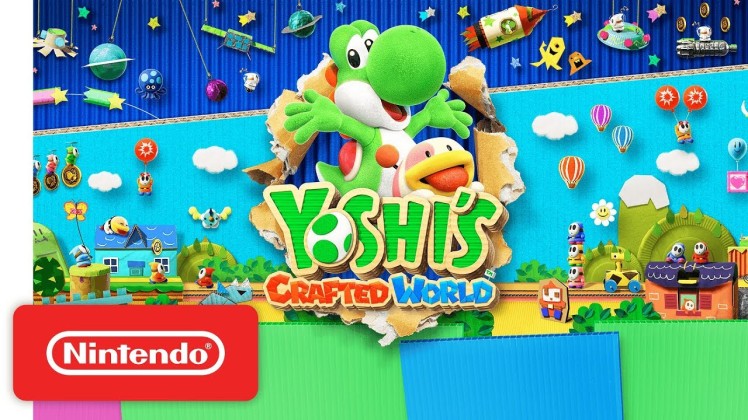 Just like Super Smash Bros. Ultimate, I like the flexibility of picking up right where I left off without the pressure of feeling like I’m jumping into the middle of a story with no recollection of what I’ve already done and experienced. The short and fairly simple levels are enough to get in a quick game before putting it away again.

I only recently went back to Crafted World after a bit of an extended break from the game. It’s not that I wasn’t interested in playing Crafted World anymore, it’s just that my time has been split down the middle with other priorities.

I beat a boss fight, which unlocked the next section of the map in Crafted World. Going back to the game made me realize I got much further with it than I thought, but I still have a ways to go before I finally complete it. This game should hopefully be easier to finish some time this year.

The Legend of Zelda: Breath of the Wild

The last game on my list is actually one I got for Christmas from my sister. Breath of the Wild has been one of those games I wanted to get for a while, but never got around to buying, like so many other games. Being unable to resist checking out this game, I played a tiny bit of it on Christmas Day. And like that, it was instant love.

Having never played a Legend of Zelda game before, Breath of the Wild isn’t such a bad introduction into this world. I knew of the key characters in this series, like Link, Princess Zelda, and Ganondorf. Beyond that, I didn’t know much else.

I’m still in the early parts of Breath of the Wild, but I love how this game is definitely in my wheelhouse. This installment of Zelda is more open world than past games, which makes wanting to spend time in this world very appealing. I wasted more time collecting apples and herbs, hunting wild animals, or seeking out enemies for better temporary weapons until I get Link’s Master Sword. I’m starting to see why this game is well loved and I look forward to furthering my progress with it.

What games have you been playing lately?

4 thoughts on “Video Games Update: What I Have Been Playing”