Television has changed dramatically in the last few years. Gone are those days when you had to either rush home to catch your favorite TV show at the time it airs, or setting up the VCR or TiVo to record an episode while you’re out. Digital streaming services like Netflix, Hulu, and Amazon Prime have made it easier than ever before to watch your shows whenever and however you want. With the ease and accessibility streaming services have given us, is it trickier to really sit back and fully soak up the show we’re watching?

I’ve been pondering that question a lot lately. Streaming services have ushered in an age of instant gratification and binge watching. When Netflix releases the next season of their original programming, all the episodes come out at once. No more waiting for the next episode to air next week or in two weeks during hiatus months. If you’re dying to know what will happen, you just play the next episode in the queue. And if you’re really ambitious, or have the time, you can marathon the entire season in one day.

Netflix recently released their viewership stats for Stranger Things Season 3 and reported that 40.7 million members have at least watched part of the current season since it came out on July 4th, and 18.2 million members have already finished all eight episodes. Undoubtedly, Stranger Things is one of Netflix’s hit original shows for the streaming service and it doesn’t come as a surprise that many people would have finished the season in such a short span of time. 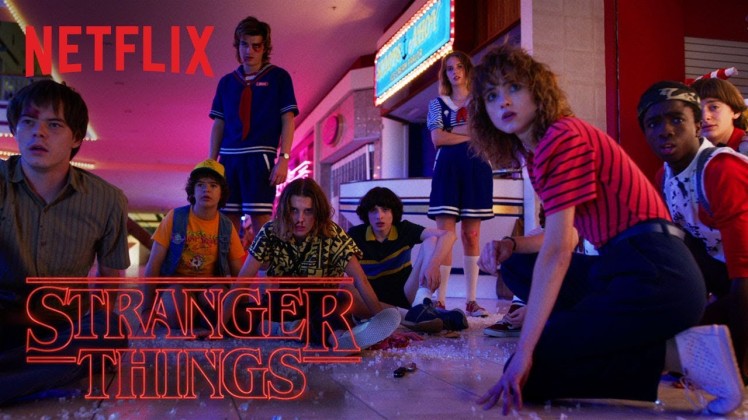 When you fall in love with a show and are eager to know what happens next, the excitement to see what’s in store for your favorite characters and where the story goes can be overwhelming. Combine it with the ability to watch an entire show immediately makes binge watching a natural part of the viewing experience.

I’ve binged watch shows in the past, driven by the insatiable need to know. Yet once I’ve actually finished watching it, I’m left feeling like I didn’t truly spend the time to enjoy it like I should have. Usually when I binge watch a show I miss certain details that other people pick up on or I never take the time to really scrutinize the trajectory a character’s arc has taken. Was this the natural way forward for him/her to go or is it a complete misstep from what we know about them?

I’m the kind of person that likes to contemplate things. To go over every detail until I’ve fully grasped a concept or understanding of what is presented before me. This is especially true when I’m reading a book, watching a show/movie, or playing a video game. Once I’m hooked onto a story and character, my critical thinking mind goes into overdrive to examine every inch of how everything leads up to the development or ending the creators have concocted. This is why it’s particularly troubling to me when my binge watching becomes more about a sprint to the finish line, all in the name to know rather than let each episode sit with me for a little while. Binge watching has also fostered a nasty habit of being the first to finish, whether it’s to avoid spoilers or to have the bragging rights to say you know all before everyone else does. Whatever it is, it’s an aspect of television watching I loathe.

While I’m glad to have the convenience to watch some of my favorite shows wherever and whenever I want, I do miss the days when we had to wait a bit to see the next episode. When we don’t have access to episodes right away, it helps us take the time to appreciate and think about what we have seen. Streaming services have, in some ways, conditioned us to savor less and consume everything as quickly as possible in under a week or less. Netflix, Hulu, and Amazon Prime have transformed the way we watch TV for better or for worse, but I do think something can be said about slowing down and not rushing the experience. We waited this long for the episodes to come out. Why not wait a little more in between episodes until you let each one really sink in?

Do you feel streaming services have affected the way you watch your shows? Do you try to slow down and savor each episode or do you binge watch everything in one sitting?

2 thoughts on “The Art Of Savoring: TV Watching In The Age Of Digital Streaming Services”