The month of October will conjure a lot of images—pumpkin spice everything, foliage watching, or several rounds of beers at Oktober Fest events in your local area. But nothing screams October quite like Halloween does. Black cats, jack-o-lanterns, costumes, candy, and spooky ghost stories bring out the fun and festive side of Halloween. But if you’re past a certain age where eating candy or dressing up is no longer cool and you’re a gamer, maybe you prefer to celebrate Halloween by staying in and playing a scary video game.

Horror is not my favorite genre, and I have touched upon it before in the now defunct Geek Force Network. But just because you won’t find me playing games like The Evil Within or Silent Hill that doesn’t mean there aren’t other ways I could get my own dose of chills and thrills through other video games. Sometimes you may actually play games where you wouldn’t expect to encounter a part that just makes you jump out of your seat a little or leaves you with an uneasy feeling until you get through that one section of the game. In honor of all things that are a little bit frightening, I’ve compiled a short list of gaming moments that gave me the creeps. There also may be some spoilers in the video games I discuss, so proceed with caution.

1. Lost in Dreams: The Fade (Dragon Age: Origins): Dragon Age: Origins is one of the first video games I played when I started out as a gamer. I was fully immersed in the world of Thedas, magic, daring adventures, and the quest to rid the world of the Blight. With my merry band of men and women traveling with my Grey Warden, we were going to exotic places and locales from the dwarven city of Orzammar to the deep dark tunnels of the Deep Roads. One place I hadn’t anticipated the game would go to was the Fade. The Fade in the Dragon Age universe is the metaphysical realm where dreams and spirits dwell. In the quest, Lost in Dreams: The Fade, the Grey Warden and any companion you took with you are put to sleep by a sloth demon who traps everyone in their own individual nightmares. To get out of the Fade, you have to obtain certain forms in order to travel to the next area of the realm and defeat five guardians protecting the sloth demon before facing him in a final showdown.

The Fade felt like what going through the nine circles of Hell must feel like, as described in Dante’s Inferno, and in many ways it kind of was. There were demons and dark spirits lurking at every turn and everyone was being tortured with nightmares that fed off of their every fear and doubt. It has been many years since I’ve played Origins, but I remember the Fade taking some time to complete and I felt on edge a lot of the time when I was walking through a corridor or turned a corner. Demons and abominations would suddenly pop up and I nearly jumped every time. To me, it doesn’t get any scarier than being in a scenario where you’re trapped in a nightmare you can’t wake up from. Luckily, my Grey Warden and her companions emerged unharmed.

2. Overlord (Mass Effect 2): Overlord is actually an optional DLC mission in Mass Effect 2. In Overlord, Shepard and her team are sent to a Cerberus station to investigate an experiment gone awry. As you uncover clues and information on what exactly happened during Project Overlord, Shepard discovers that the chief scientist for the project, Dr. Gavin Archer, has fused his brother’s mind with a VI, or virtual intelligence, that has gone rogue and has become homicidal. Shepard is tasked with shutting the VI down before it breaks free and continues to wreak havoc on other systems.

I briefly touched upon why Overlord gives me the willies in an older post I did for my blog, and my sentiments about Overlord then is still the same today. The agonized or angered screams the VI gives off is one of the most hair raising sounds you’ll ever hear in your life. I wished I was able to avoid hearing the sound every time I had my Shepard interact with a terminal. It was unavoidable, I’m afraid. Murderous VIs with an equally scary scream to go with it will be enough to ensure you won’t go to bed at night without its green pixelated face showing up in your nightmares. This is one DLC I refuse to play at night. 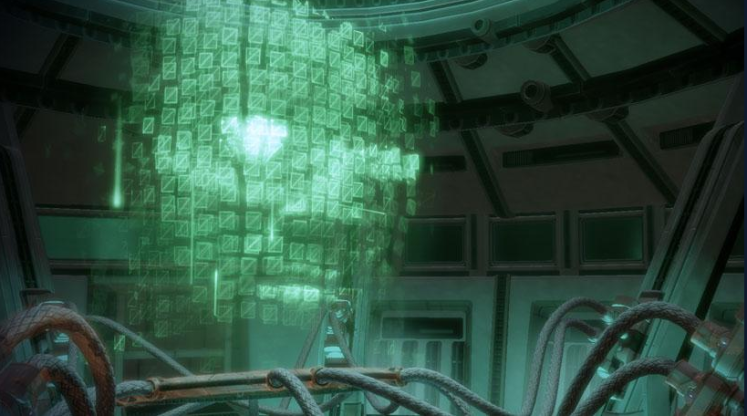 3. Costlemark Tower Dungeon (Final Fantasy XV): Dungeon crawling is a staple of Final Fantasy games. Some are optional and others are required to beat in order to move on to the next part of the story. While Final Fantasy XV is mostly about a crowned prince going on a journey with his friends before he gets married, there’s no shortage of challenging dungeons to undertake. Among the harder dungeons in FFXV is Costlemark Tower.

You can only enter Costlemark Tower at night when the ruined structure somehow becomes mysteriously whole again for Noctis and the boys to enter. Dungeons in any game, especially the Final Fantasy games, are dark and creepy places to tread. What makes Costlemark Tower a bit scary for me personally is the cube room puzzle you have to do in order to get to the Jabberwock boss fight and obtain the royal arm Sword of the Tall upon its defeat.

The cube room puzzle is a long and deep descent of walking towards walls to push them on all sides until enemies spawn for you to fight. The grind in this room can be grueling and frustrating. It almost feels as if the room will never end or open up to another part of the tower. If you have claustrophobia, experiencing the cube room in the game isn’t going to do you any favors to ease your anxiety about closed spaces. I don’t get claustrophobic but what freaked me out were the enemies spawning in the room with Noctis and the guys. I obviously expected to do a lot of fighting in this room, but at the same time, there was something extra creepy about having to fight enemies with barely an inch between you and them. Sometimes where they spawned caught me off guard too. I had near heart attacks when Red Giants suddenly reappeared and went straight for me. These enemies don’t waste any time at all! Let’s just say Costlemark Tower is one of my least favorite dungeons in Final Fantasy XV with Crestholm Channels at the very top of my list. 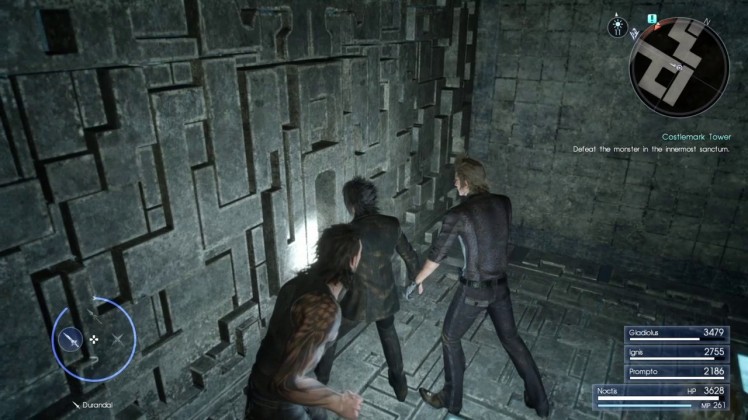 4. Episode 5: Polarized (Life Is Strange): A game about a teenager with time travel powers may seem like a weird one to put on the list compared to everything else I’ve mentioned previously so far. But there is one section of the game that made me nervous and left me feeling tense when I played this part.

In the last and final episode of Life Is Strange, entitled Polarized, Max may have pushed the limits of her rewind powers further than she was capable of. When the storm Max had a premonition of since the very beginning of the first episode has finally arrived, she passes out and wakes up to a nightmare dreamscape she has to navigate out of. It’s a similar predicament in the Lost in Dreams quest from Dragon Age: Origins except we’re dealing with serious real life issues that Max is forced to confront if she hopes to wake up from her nightmare. As Max moves throughout different areas of her nightmare, there’s something bizarre or off about the environment she’s in.

The one part of Max’s nightmare that made me uncomfortable was the wall of photographs maze. The only way Max can get out of the maze is to use stealth to bypass her frightening photography teacher Mr. Jefferson, who patrols the maze and is looking to catch her. If you played the game, you’ll understand why this part of the nightmare is disturbing. The reveal of Mr. Jefferson being the mastermind behind the kidnapping and drugging of teenage girls in Arcadia Bay, which ultimately led to the death of high school student Rachel Amber, actually portrays real life horrors that can and have happened in our own world. To experience the fear of being stalked or captured by a predator through Max’s nightmare is a very real and legitimate scare that doesn’t involve monsters. Not that you need ugly and grotesque monsters to truly get the fright of your life. 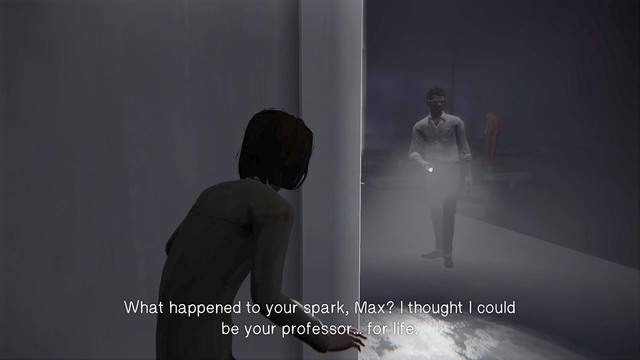 What are some of your scary or creepy moments in video games that aren’t intended to give you goosebumps?

11 thoughts on “Thriller Night: Video Game Moments That Are Unexpectedly Scary Or Creepy”