The month draws to a close on a leap year and I approach this progress report under slightly special circumstances, like the month itself is special for the extra day this year. February has been a bit of an upheaval month for me personally, but I have been diligent in squeezing game time for my challenge pick in spite of that. 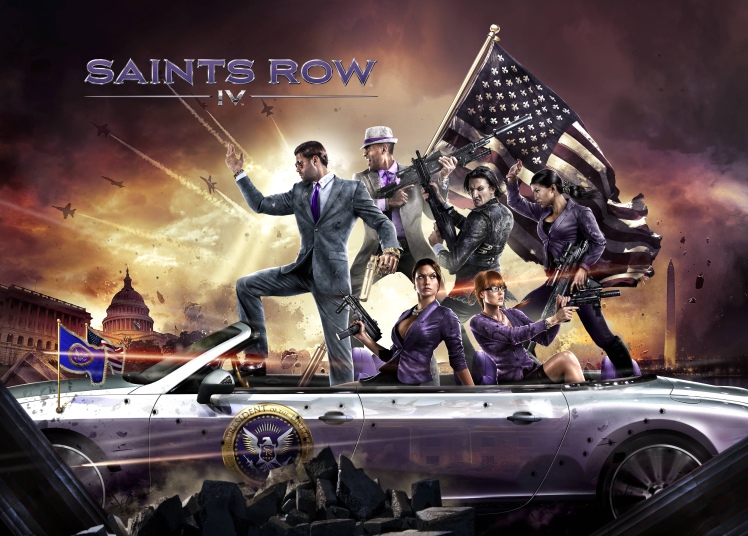 Saints Row IV is everything I expected it to be from the start––lots of action mixed in with a whole lot of crazy sprinkled with funny interactions between your character and your Saints crew. Anything goes when you play a Saints Row game and this one is no exception. America gets invaded by aliens led by Zinyak, an alien who might as well have come straight out of a Mass Effect game, your Saints homies get abducted, and your playable character shifts gears from being President of the United States to savior of the world.

This latest installment of Saints Row has your character acquiring superpowers to fight off Zinyak and his cronies by diving into a simulation of a fake Steelport, the fictional city where the Saints come from. You add more abilities or enhance the ones you currently have by completing either the main quests or sidequests. Among my favorite abilities I found most useful was the super sprint. When you complete all of a particular sidequest, you’re able to get unlimited super sprint, meaning you don’t have to worry about maxing out your stamina gauge and then waiting until it fills up again. This really helps when, if you’re a player like me, you hate controlling vehicles in games and just want to get to your next quest marker quickly without worrying about hitting obstacles on your path.

Most of the main quests start off with your Saints character either gaining new powers in the fight against Zinyak or saving each of your homies from Zinyak’s control. Whatever bit of story this game does have doesn’t really start until much later. The first half of the game is basically a series of collection missions.

Here’s where the special circumstances of this report comes in––I didn’t finish the game in the time I allotted for myself BUT I will be extending this video game challenge into next month. I have mentioned it before in my previous announcement post that there would be a chance I’d be unable to finish the game in a month. I knew this would happen because I didn’t have a previous save file to continue from and a lot of Saints Row games tend to have a lot of missions to go through. I also had some difficulty with a few of the missions that by the time I did clear them I called it a night with the game. Frustration can take a lot out of you.

Usually I’d mostly focus on the main missions for a game but because I’m having too much fun, I decided I want to take my time with Saints Row IV. There’s a lot of side missions to cover, but I’m willing to see if I can finish them all in March along with the main missions. Please check back at the end of March for a special extension/second part to this report.