I’m on a top 5 kick lately so I decided to do one dedicated to the oh so enigmatic and very sexy men of anime/manga. Valentine’s Day is also next week and what better way to get hearts all a flutter than to look at and think about these drool worthy bishonen. Without further ado, here are my picks!

1. Mamoru of Sailor Moon. Ah, my first anime crush. Those were the days. The first time I ever watched Sailor Moon and I laid my eyes on Mamoru I felt really giddy. Tall with jet black hair, intelligent, sophisticated, wry sense of humor, and hard to pin point who this guy is when the series started. Friend or foe? Known as Darien in the anime, many may think he’s more of a cold, aloof jerk than his manga counterpart but it kind of worked well in the anime series based on what is given to us. I always saw Darien’s personality as more of a defense mechanism for being a loner in general until Serena or Usagi klutzes her way into his life. The Odangoed one is really the only person in his life to break down his barrier and allows him to open up more. Mamoru makes being mysterious almost too easy.

Toya of Ayashi no Ceres. Toya is mysterious for being kind of a blank slate when you first meet him in the series. He has no memories of his past and he is tortured by having no real identity to speak of. At the start of the series he is a dog to the whims of the Mikages, and he doesn’t really question why he does the things he does until he meets Aya. At times even Aya herself can’t figure Toya out. On one hand he acts like her protector and on the other he acts like her enemy. Frustrating but also alluring at the same time. He’s the guy you want to get close to, but he is fighting to keep his distance. And not really doing a good job of it I might add when it comes to Aya. Toya has the angsty mysterious hero well played throughout the series. 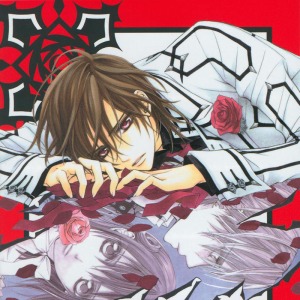 Kaname of Vampire Knight. The sexy vampire of the Night Class, Kaname is an enigma in and of itself. He’s a character who always keeps the reader on their toes, wondering what he will do next. Kaname is very good at not revealing all his cards and for being a step ahead of his enemies with his calculating ways. Yuki who sees Kaname as the gentle boy of her childhood isn’t aware of the side of him who will go very far to do something if it serves his purpose and protects his precious thing––Yuki herself. His methods are questionable and maybe downright horrible, but he is a means to an end kind of guy. Kaname’s entire aura exudes a cloak and dagger type of personality. Heck, I have yet to figure out if he would be considered a villain or the good guy.

4. Rui of Boys Over Flowers. Rui is similar to Darien because he is cold, aloof, and a loner too. At least on the surface. He’s the much quieter one of the F4. Where Tsukasa is loud and domineering, Rui is silent and keeps to himself. Many girls swoon over Rui’s seemingly quiet and reflective persona. Rui is another mysterious guy who places walls in between himself and others he isn’t really close to. Tsukushi being the bold girl she is makes every attempt to get to know him. At times Rui tries to rebuff her attempts to do so, but he finds himself able to confide in her. She is also the only other person aside from the F4 and Shizuka who really gets to know what kind of person he is behind the seemingly shy and quiet face he puts on while in Eitoku Academy. He even becomes Tsukasa’s rival for Tsukushi’s heart in the series.

5. Kyoya of Ouran High School Host Club. Kyoya is the brains behind the Host Club and its financial officer. He is shrewd when it comes to money and has very good business sense when thinking up ways to keep the Host Club running. Happy girls = more money to be poured into their lucrative school club. Kyoya is another calculating guy who doesn’t seem to care about much other than the dollar signs, but that’s why he is a mysterious bishonen pick for me––he hides his real personality behind all of that. It’s hard to believe that Kyoya who has a scary way of anticipating things before they even happen (even his fellow Host Clubbers are in awe and fear of his super genius skills) and only cares about money can actually care about others other than his bottom line. For example, Kyoya tries to prove a point to Haruhi in the anime and manga about how stupid her actions were when she decides to take on a gang of boys on a beach side cliff alone in order to protect the Host Club’s female clients. He gets Haruhi alone in his room and pretends to about to have his way with her. While Haruhi may be masquerading as a boy at school, Kyoya shows how vulnerable Haruhi still is and at the end of the day she is still a girl. If those boys discovered Haruhi is a girl, the situation could have been a lot worse. Haruhi sees Kyoya’s point, and points out that despite his uncaring attitude for anything but money he does care for his friends and looks out for them.

Mystery is alluring and all five of these men show different shades of mystery. They also know how to be highly sexy and attractive while doing it too. It’s hard to resist the pull of wanting to know someone who isn’t an all out open book for the rest of the world to see. Does anyone have a favorite mysterious character guy or girl in anime/manga? Does he or she leave you captivated like the main characters feel captivated by them?